What constitutes a major film company? Reasonable criteria might be a sizeable investment in future film negative value, the ability to produce and deliver to market a regular flow of feature films, and the capital to keep that product flow coming over a period time. Cinemation Industries, Inc., qualifies as a new major film distribution and production company in full operation on every one of these points.

The company estimates that it has some $10 million in negative value in 30 features for release in the year ahead, approximately 20 features a year to follow, and $3 to $5 million being invested for current and upcoming production.

Another positive stimulus that Cinemation has going for it is an enviable track record at theatre boxoffices. While many of the so-called majors were writing off large negative costs and paring down operations and personnel, Cinemation Industries has distributed a successful string of releases, at the same time adding top sales and production talent to its team to aid in guiding future operations.

Cinemation Industries’ president is 29-year-old Jerry Gross, who has surrounded himself with some of the most experienced veterans from all the major film companies, whose average age is about 20 years more than his own. 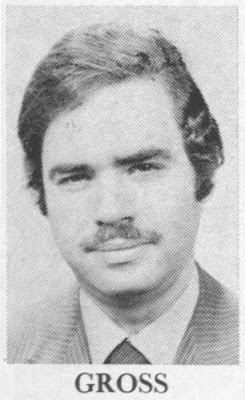 “The most significant thing we wish to stress,” stated Gross, “is that our emergence into a major company is a significant factor in taking up the slack being felt by exhibitors as established majors retrench, reorganize, and severely cut production output.”

Marenstein points out that Cinemation Industries was structured with new sales concepts to form a closer working relationship with exhibitors by dealing with them at the grass roots levels through distribution “pros,” providing quick decisions and maintaining a “friendly posture” in reviewing any decisions and engagements.

To accomplish its sales drive and handle its expanding release schedule, Cinemation Industries, with headquarters at 250 West 57th Street, New York City, will coordinate through six division headquarters strategically located in the important market centers of the country. More branches will be added as the need demands and manpower becomes available, based on recommendations of divisional managers. 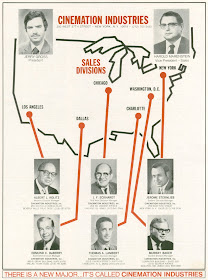 One of the major sales policies pointed out by Marenstein is that, though there might be broad general sales policies on its product, complete autonomy will be given for the first time to division managers to set sales policies and to complete deals without home office approvals. 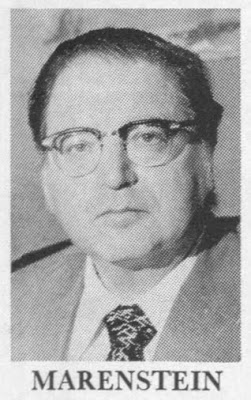 “Since our sales executives are all top pros and they are constantly dealing on grass roots levels with better understanding of local situations, we feel they are fully competent to make the decisions without referring to the home office,” stated Marenstein.

With 30 pictures on Cinemation Industries’ release schedule, Gross pointed out that his company is going all out to cover the full spectrum of product to appeal to every segment of the movie-going audience. Many of the company’s recent and current releases have been sex comedies which proved to be big money winners. Gross points out that, by riding the crest of the wave of popularity of such pictures, there has been a large flow of cash to contribute to the ambitious all-around production now contemplated as well as to the rapid expansion of his company. These pictures included “Fanny Hill,” which the company reports has grossed more than $4 million, and the highly successful “Female Animal” and “Inga.”

Gross is a great believer in using the big promotional sell and follows much of the original methods of Joseph E. Levine and the late Mike Todd with additional twists of his own.

“Selling a picture is just as important as making it,” Gross claims. “Showmanship is essential in today’s marketing more than ever before. We spend a great deal of time and money preparing the right campaigns and exploitation as well as providing the promotional tools for exhibitors.” 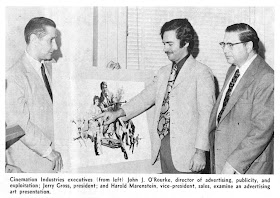 On the production end, Gross recently appointed Alan Riche, formerly a top agent with Creative Management Associates and the developer of many successful writers and projects, as executive-in-charge of west coast production. He is currently involved in working with several young writers developing screenplays, and Cinemation Industries will soon reveal new projects underway. On the east coast, Miss Constance Hipwell is Gross’ assistant in charge of production and story development.

“We are currently co-producing with established filmmakers and will help in the creation of new film projects as well as to finance and acquire completed films,” Gross said.

There are three productions currently underway for Cinemation Industries and eight more ready to go. One of the first productions to go before the cameras, in late fall in California, will be “All the Kind Strangers,” an Alfred Hitchcock-type psychological melodrama which James Nelson will produce with Christopher Lewis, Loretta Young’s son, making his directorial bow.

Gross, accompanied by Marenstein, covers all the worldwide production centers including Hollywood, London, Paris, and Rome in a constant search for acquisitions, production projects, and new talent.

The company’s chief executive officer has new production financing ideas which, because of current talks, he is unable to reveal at the time, but he did say: “I feel that out industry has a long way to go in developing new and better means of financing. We believe that we have some answers.”

There is a “go-go” spirit in this new organization – a bright spot in a seemingly dark moment in film history. Cinemation Industries is building on its solid, successful base and stands out as a new major source for product. The goal of the company is to leave its mark of success at America’s boxoffice.